Previously on Fuuto P.I (Part of the Kamen Rider universe), we got many introductions as well as the foundation for the current case. Tokime is known as a local ‘witch’ who is being chased by both a gang and the police officers for the murder of a gang member. Our protagonists, Shoutarou and Phillip, are hired by Chuuta, a victim of being robbed by Tokime, who has seemingly fallen in love with her.

We see that shortly after Philip appears to save Shoutarou and Chuuta, Tokime slips through the wall to avoid being caught.

Philip, having seen some extreme supernatural phenomena (such as the pocket dimension as well as Tokime literally flying), is convinced this is a ‘Memory’ crime.

‘Memory,’ the show describes, are small devices that are sold underground that turn regular humans into beings with supernatural abilities. Philip, as well as Akiko (the receptionist for their P.I business), seem convinced that’s what this case is.

We see a glimpse of Philip’s abilities that explain why he seemingly always has a book in his hands. He is able to search not only online, but the world (it seems) for individual books on very specific topics using keywords. Using a variety of keywords describing Tokime’s abilities, he finds a book that explains what sort of ‘Memory’ they had been encountering thus far.

Tokime always states that she’s hungry. The pocket dimension Shoutarou has experiencedd is made up of human blood or some variation of biomatter thereof. Therefore, the user of “Road” must be a cannibal and must consume people in order to use the ability “Road”, or else their own biomatter must be used, which would drain them.

Shoutarou apparently gets anonymous tips quite frequently from the locals around town. This time, a middle schooler named Akira Aoyama tips him off about a sort of tree that Tokime likes to keep guard.

Allegedly, she threatened two middle school girls to stay away from it so that its smell isn’t ruined by the scent of their blood. They ran away.

Shoutarou goes around town looking for these sorts of trees, which he notes ‘Smells like Tokime.’ When going to the largest type of this tree in town, he spots Chuuta, who apparently had been looking for Tokime all on his own.

The Road Dopant is the given name of the monster who has been causing a ruckus around town. In this series, a ‘Dopant‘ is a user who uses Memories to gain abilities (and more often than not, go berserk as a result).

Here, we see our first glimpse of the true Road Dopant, who is geared up in armor and uses lasers to shoot at Shoutarou and Chuuta. Philip seems to believe that Tokime is the Road Dopant (this mecha monster who eats people), but Shoutarou seemingly disagrees. He teleports himself and Chuuta out of harms way and loses sight of the Dopant.

A Confusing Yet Mysterious Tokime

Tokime speaks a few confusing words to Shoutarou again. He asks her if she’s the Road Dopant, to which she asks coyly if that’s who she is. Shoutarou is confused and Tokime leaves.

Back at their base, Philip condemns Shoutarou for acting all on his own without his help. Shoutarou initially tries to shrug this off, but Philip accuses Shoutarou of doing it on purpose because he’s developed some sort of sentimentality towards Tokime. Shoutarou storms off angrily, leaving Philip to wonder what to do next.

A Night by the Fountain

In our final scene, Shoutarou once again confronts Tokime as she’s about to take a bath in the public fountain again. We learn that Tokime has amnesia of her life before using ‘Memory,’ and has no idea who she is. Shoutarou determines that she must not be the Road Dopant we saw earlier.

It’s at this moment that the Mob Boss and his gang swarms Shoutarou and Tokime with their guns drawn. He tells them that he’s going to get rid of all the evidence so that the police aren’t on their trail and he’ll avenge their gang member that Tokime allegedly murdered.

The mob boss initially scoffs and shrugs this off… until one of his men goes berserk that he’s been found out.

This mob member is the real Road Dopant. Tokime whispers to Shoutarou if he could teleport them away like he did with Chuuta earlier, but he declines, stating that’s only something he can do “when his partner is around, and they had a little bit of a fight.” As if on cue, Philip arrives with Akiko, and prepares to fight.

We see Philip and Shoutarou merge into the Masked Rider (Kamen Rider), and we prepare to see some really sick action scenes next episode.

Writing for this anime proves difficult because of all the intricate moving parts. I highly recommend anybody who’s interested to watch the anime themselves, and if they don’t have time, I thank them personally for trusting me to cover it as well as I can.

One thing I love about this series so far is that the smallest thing can hint towards a reveal later on. I initially thought this series would be quite campy because of its source material (the Kamen Rider series), but it is actually extremely well written and the budget seems quite high. The animation is very nicely done and the action looks very nice.

It seems like Tokime is going to go through some personality shifts from here on out, and possibly join our main cast of characters in solving the issues in the city of Fuuto. However, I’m jumping ahead of myself; I really hope to see some cool action next episode with Philip and Shoutarou fused together!

And for more Action, check out: My Hero Academia Season 6 Episode 8 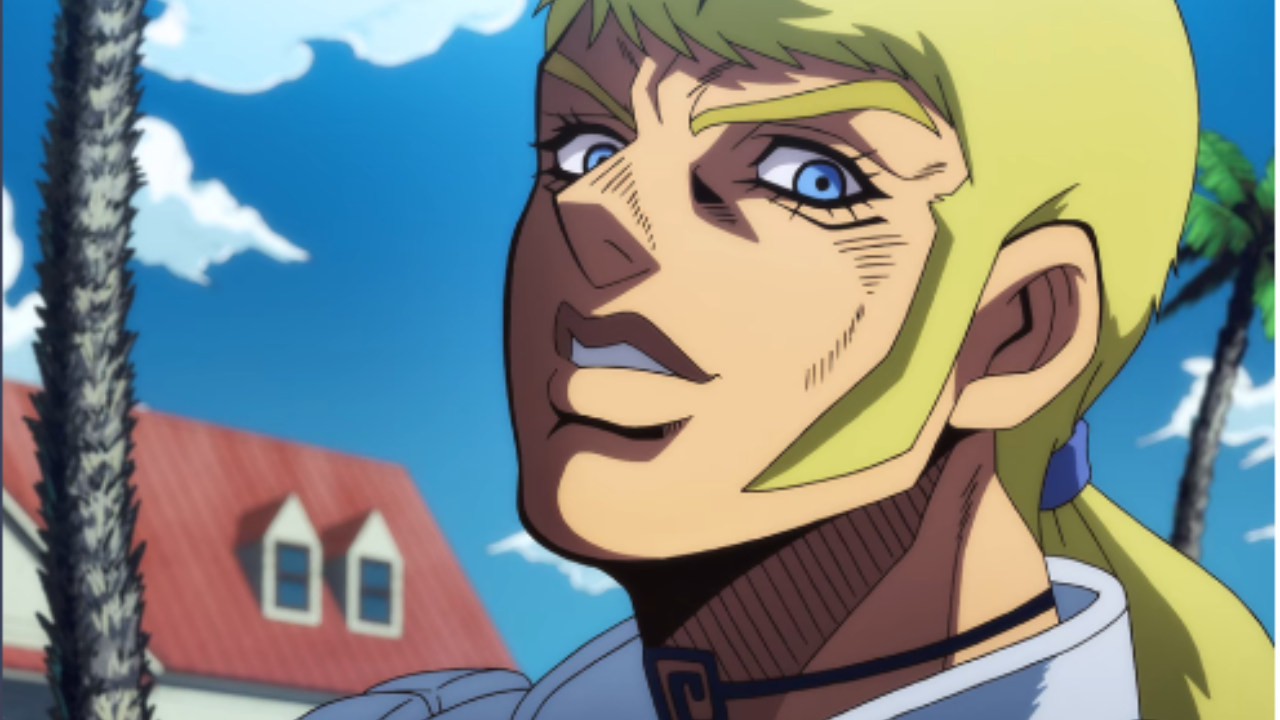 lmao are those clips in phillip’s hair? xD
i mean i guess it makes sense since he likes books!